Pnoy’s Last SONA! What happens next?

Are You Still Using That Slow, Old Typewriter?

10,000 Web Site Visitors In One Month:Guaranteed

It’s not surprising that some netizens like RevBrain Martin would react about Bayan activist, Renato Reyes. I myself had been following the news since the beginning. The so-called rallies against the Aquino government and the ensuing brouhaha that followed about each of every administration in this country is but a display of public opinion as revealed so far.

One comment on FB, said that “They really have nothing good to say.. ” is a prompt reply to Reyes. He’s got nothing to add up to what his countrymen should do to make this nation a better place. He’s got a lot of spirit, but no, these activists aren’t doing their part of the bargain . I don’t know, what do you think? What!?  Besides, attacking the government when it’s on its way to development is ain’t my idea of courage. It’s more like…self-induced ideals.

“He listed his accomplishments with specific quantities, very impressive but are they being felt by ordinary people?,” – Bishop Ruperto Santos of the Diocese of Balanga

On Aquino’s leadership, it must be noted that not even him made it to perfection as nobody is. We have always been keen about every administration’s fault that finding positive praise on some of the accomplishments had become irrelevant. Indeed the economy as a whole has posted big changes with a GDP growth of 6.2%. Yet some sectors reacted otherwise based on the grassroots level of poverty, mostly felt in a negligible percentage compared to the actual figures.  There’ll be no one to stop us this time! We will all have to move, together we can still build a strong and prosperous nation. Let’s just do our part and stop lip service altogether. Rally groups should go home! Do their business and fulfill what is necessary for themselves. 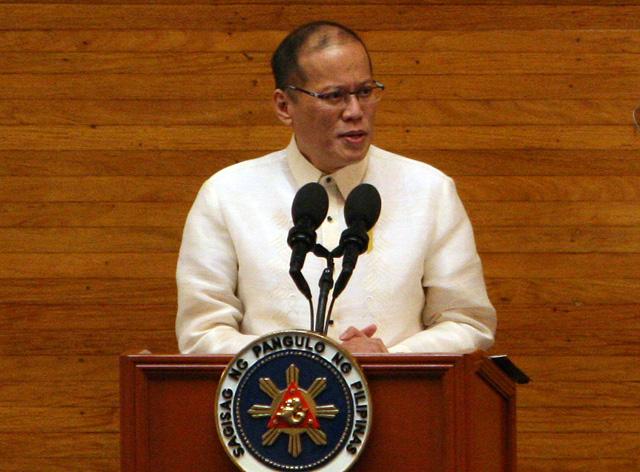 President Benigno Aquino III delivers his fifth State of the Nation Address at the House of Representatives on Monday, July 27

I care about my country. So, what do you think should be done? Everything is not an overnight affair. A small amount of individual activities related to one’s personal growth will pay off. The last time I felt I was in this threshold is when I started entrepreneurial business. There are some constraints though to small-scale enterprises like what I had started. I can’t even see those at this time! Just because I kept on and thrust myself towards a goal. I cant just be tipsy, I can be serious.  How am I supposed to fight? You are a part of the community so give it a ride! Take away the misconceptions about what the government always can do for you but rather do what you can to help make both ends meet! Here’s what one citizen can start with:

Still, I think I got a lot of spirit. I don’t know, yes I will always think that way! That builds up.

Revenge of the Sith

I can’t get involved! I’ve got work to do!  It’s such a long way from here. Yes we can…

Your eyes can deceive you. Don’t trust them. He is here. What?! Hokey religions and ancient weapons are no match for a good blaster at your side, kid. I’m trying not to, kid.

Ok segway, what about the Binays? The accusation of corruption was so overwhelming. Of course the legal process will let take charge of it. Let it be. What good is a set of laws if you ain’t around to use it? Besides, criticizing them wont’ do any good at this time. Let the investigations at the Senate run through its course. I also do not understand why Renato Reyes and his band of activists would eye on Pnoy instead of the Binays. The former has a lot to explain about all the allegations hurled at him and his family.

Hey, man! We were not born yesterday, the day is now when people like to say and do what is appropriate and necessary. I’ve seen a lot of strange stuff, but I’ve never seen anything to make me believe there’s one all-powerful Force controlling everything. There’s no mystical energy field that controls my destiny. It’s all a lot of simple tricks and power sense. Remember, an honest citizen can feel and always see the difference and we do know how to read between the lines. Ye-ha!

You don’t believe in utopia, do you? Of course there is none like that on earth. God be with us as we pursue the seemingly elusive dreams. I don’t call it luck. Look, I can take you as far as your imagination to prosperity and success but it has to be definite.

We all need each other’s help.  I’m getting too old for this sort of thing. How am I ever gonna explain this?

I suggest we try it again. There are still many untested waters in the horizon. This time, let go your conscious self and act on instinct. Yes I know this activists creates a sense of awareness and responsibility on their part. In the long run, is it worth it? If you really care about this country, then why not build your own goals and carry this out and bring about change yourself. Take the burden and people will see it positively as you succeed every step of the way.

I do believe it’s just a matter of time, when all the issues will have to subside including that of China’s expansionist stance. So, what do you think of that? Don’t underestimate yourself. I don’t know what you’re talking about. Ok well, just do what is best like I remember, the former Health minister, Juan Flavier, as a doer rather than a talker. Lastly, even if it came from another sphere or land not our own, still I must contend, that what Kennedy had said, will still be valuable for our thoughts to ponder up to this day.